Back to all posts

Chuck Yeager, Francois Truffaut and a Stick of Beemans

The name of our/my band, you may know, comes from a scene in Francois Truffaut’s THE 400 BLOWS.

I became acquainted with film as an artform by way of Bob Goetz, leader of a film workshop in the University of Pittsburgh’s ALTERNATIVE CURRICULUM Program. Goetz introduced me/us to films by Frederick Wiseman, Stan Brakhage, Rene Clare, Fritz Lang, Dziga Vertov, Sergei Eisenstein, Bunuel and Dali, and Jean Cocteau. Goetz was also a huge fan of The Velvet Underground, helped to school me on rock’n’roll, and played some great gigs as a guitarist of The Little Wretches.

Goetz was a student of Professor Marcia Landy, and Marcia Landy was some kind of curator of a film-series (I think). Professor Landy introduced a screening of a film described as Wim Wenders’ masters thesis at the Carnegie Lecture Hall. I attended specifically because the poster indicated an appearance by The Kinks.

I remember little about the film except that Dave Davies played a Flying V on the footage of The Kinks performing “Days,” and the film was about a guy getting out of jail and being taken aback about the cultural changes during his absence. According to Wikipedia, the movie was called SUMMER IN THE CITY. Wikipedia mentions The Lovin’ Spoonful, but I remember The Kinks. God Save The Kinks!

In the early days of The Little Wretches, I was living near the campus of the University of Pittsburgh, sharing an apartment with (or mooching off of) Deena, and a classic film was showing within walking distance for as little as fifty-cents every night of the week. Deena and I saw Truffaut’s THE 400 BLOWS at the Carnegie Lecture Hall, and as soon as I saw the caption, “Come back, you little wretches,” I announced the name of the band. Deena and I also took our bassist, Mike Michalski, to see REBEL WITHOUT A CAUSE at the Ballroom in the Schenley Hall of the University of Pittsburgh, an event he reported to be life-changing at the time.

Fast forward a few years, and there was a stretch when I’d arrive home from a gig at 3:00 or 3:30 in the morning, too wired to fall asleep. My brother, Chuckie, had climbed the telephone pole to illegally connect our TV-cable so many times that the cable company finally removed the line to our house altogether. All we had for viewing was an old console TV with the bottom portion of the screen appearing upside-down, a VHS player, and our tape-collection consisted of THE GODFATHER II, GOODFELLAS and ENTER THE DRAGON.

Across Connor Road and up the hill a bit, Dave Losi’s dad had an extensive collection of VHS tapes. On nights we didn’t rehearse or have a gig, we’d sometimes go to Losi’s. Los has an amazing auditory memory and can mimick film-dialogue with perfect timing, cadence and intonation.

Los was particularly fond of quoting from RUNAWAY TRAIN and THE RIGHT STUFF. Dave’s dad had been a navigator in the USAF, and the lyrics to our third and eponymous album, THE LITTLE WRETCHES, are loaded with direct quotes and references from those movies. MAGIC FIRE. GRAVITY. Listen for yourself.

When at a loss for stage-banter, I often fall back on film-trivia. One of my favorite bits is to challenge members of the audience to name the original seven astronauts in the MERCURY program. Can you?

The hero-among-heroes of the THE RIGHT STUFF, of course, is CHUCK YEAGER. Though it doesn’t appear in the movie, Tom Wolfe’s book describes Yeager as saying, “Shut up and die like an aviator,” to a test-pilot having run out of troubleshooting options.

SHUT UP AND DIE LIKE AN AVIATOR is also the title of a STEVE EARLE album. He beat us to it.

In the movie, Sam Shepard (we recorded one of his songs, ROLLING DOWN) portrays Yeager, and he asks for a stick of Beemans before getting on board for a record-breaking flight. Not a stick of gum. Specifically, a stick of BEEMANS.

While working in Atlanta, Losi became acquainted with a person who became the road manager for ZZ Top, and when the band appeared at the Civic Arena in Pittsburgh, Dave delivered a little package including some Beemans.

Last weekend, Memorial Day Weekend, the weekend The Little Wretches' gig at Moondog's was cancelled due to the quarantine-efforts, I stopped at a little country store in Western Pennsylvania I saw Beemans on display at the register and picked up a pack for Dave Losi. I texted Dave, and he replied:

Click here to see/hear a YouTube clip of The Little Wretches' recording of ROLLING DOWN by Sam Shepard.

Click here to view a LIVE PERFORMANCE of The Little Wretches' ROLLING DOWN by Sam Shepard. 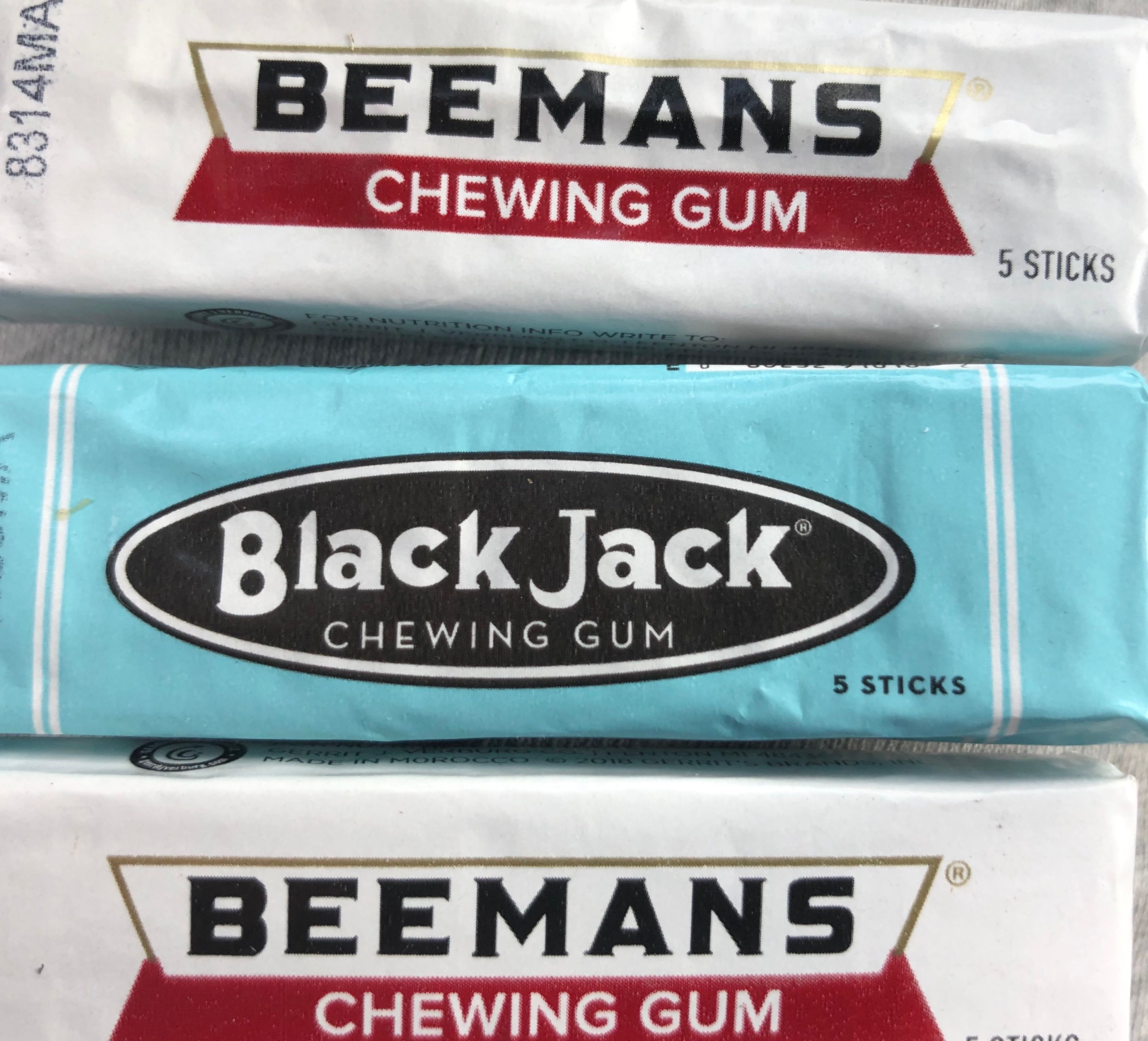